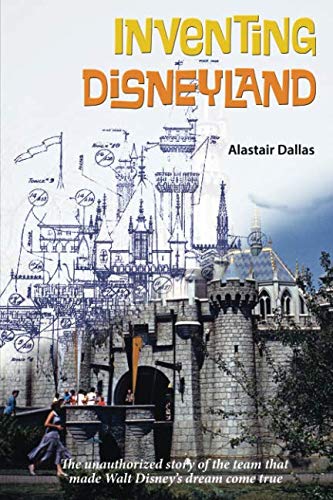 Inventing Disneyland: The Unauthorized Story of the Team That Made Walt Disney’s Dream Come True

Walt Disney was a busy man. Between feature films, both live and animated, a weekly hour-long television show, and the day-to-day operations of his studio, he had no time and even less money to invent and then build that strange thing he called a theme park. But he did…

Meet the cadre of six men who imagined and described the specifics of Walt Disney’s vision for a new kind of family entertainment park—the men of WED Enterprises, who began the process of inventing Disneyland.

See the site transformed from moonscape to wonderland and struggle along with the park’s management as they rush headlong toward an opening day that seems impossible to achieve.

Based on years of original research and interviews, this is the true but unauthorized story—complete with vintage photos—of just what it took to invent the happiest place on earth and make Walt Disney’s dream come true.