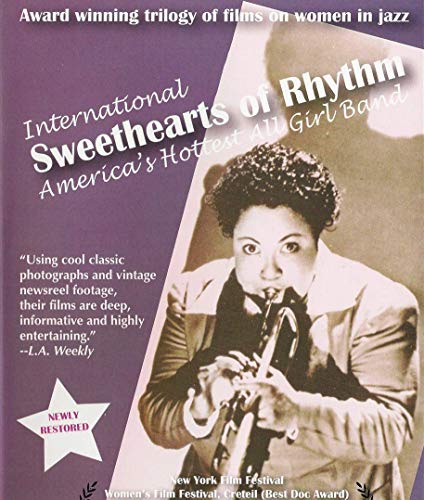 From the Piney Woods School in the Mississippi Delta to the Apollo Theater in Harlem, New York City, this toe-tapping music film tells the story of the swinging, multi-racial all-women jazz band of the 1940s.

A 16 piece band with a strong brass section, heavy percussion, and a deep rhythmic sense, the Sweethearts were not just a novelty but featured many of the best female musicians of the day.

Special Features: DVD includes all three titles: “International Sweethearts of Rhythm”, “Tiny & Ruby: Hell Divin’ Women” and “Maxine Sullivan: Love To Be In Love”” | Bonus interview with the filmmakers at Lincoln Center, New York, on the 20th Anniversary release of the newly restored master, hosted by New York Women in Film and TV.