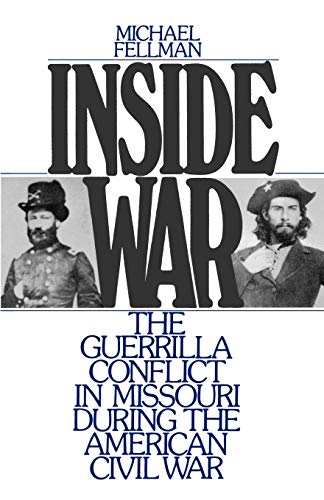 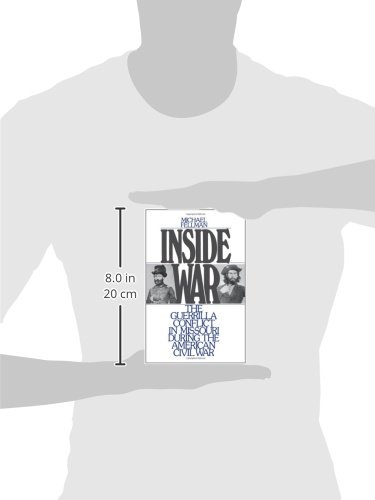 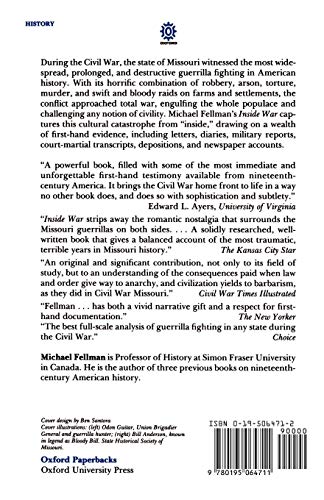 Inside War: The Guerrilla Conflict in Missouri During the American Civil War

During the Civil War, the state of Missouri witnessed the most widespread, prolonged, and destructive guerrilla fighting in American history. With its horrific combination of robbery, arson, torture, murder, and swift and bloody raids on farms and settlements, the conflict approached total war, engulfing the whole populace and challenging any notion of civility. Michael Fellman’s Inside War captures the conflict from “inside,” drawing on a wealth of first-hand evidence, including letters, diaries, military reports, court-martial transcripts, depositions, and newspaper accounts. He gives us a clear picture of the ideological, social, and economic forces that divided the people and launched the conflict. Along with depicting how both Confederate and Union officials used the guerrilla fighters and their tactics to their own advantage, Fellman describes how ordinary civilian men and women struggled to survive amidst the random terror perpetuated by both sides; what drove the combatants themselves to commit atrocities and vicious acts of vengeance; and how the legend of Jesse James arose from this brutal episode in the American Civil War.