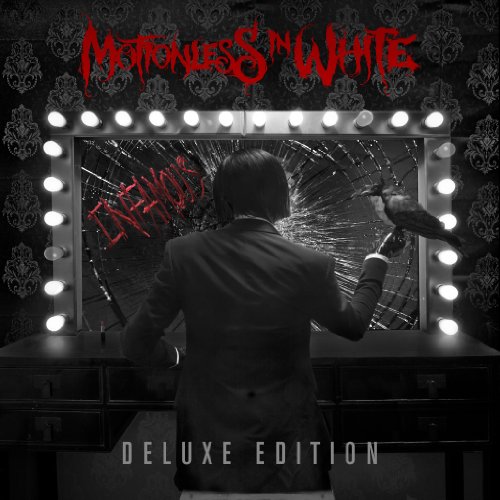 From underground heroes to internationally acclaimed act, hotly-tipped rockers Motionless In White have slayed audiences worldwide. With the release of their second album Infamous, featuring ‘AMERICA’, the scintillating sextet defiantly strides into a new era, ready to take the spotlight — and truly make their mark.
Since the release of their 2010 debut Creatures, Motionless In White has constantly challenged the concept of playing it safe . Unafraid to make music as intense as it is intricate, their ability to interweave powerful lyrics and strong musicianship with striking imagery has captivated both fans and media around the globe. With sold out European & US tours, radio festivals and a full summer on Rockstar Mayhem Festival alongside Infamous, 2014 looks set to be their biggest year, with appearances at Soundwave Festival and a full summer on the main stage at Vans Warped Tour ahead of the release of their highly anticipated third album in early fall.