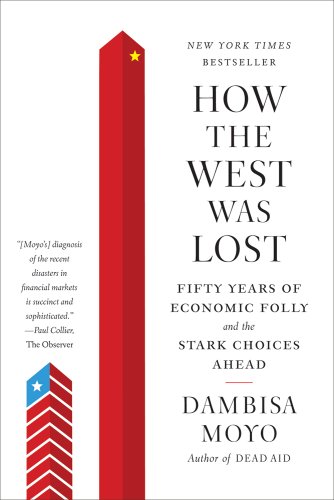 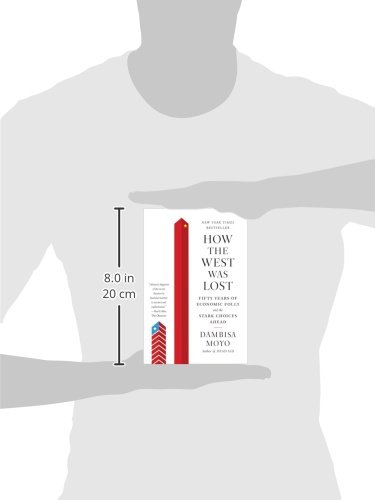 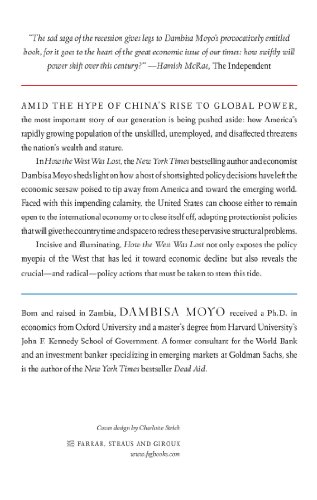 How the West Was Lost: Fifty Years of Economic Folly–and the Stark Choices Ahead

In How the West Was Lost, the New York Times bestselling author Dambisa Moyo offers a bold account of the decline of the West’s economic supremacy. She examines how the West’s flawed financial decisions have resulted in an economic and geopolitical seesaw that is now poised to tip in favor of the emerging world, especially China.

Amid the hype of China’s rise, however, the most important story of our generation is being pushed aside: America is not just in economic decline, but on course to become the biggest welfare state in the history of the West. The real danger is a thome, Moyo claims. While some countries – such as Germany and Sweden – have deliberately engineered and financed welfare states, the United States risks turning itself into a bloated welfare state not because of ideology or a larger vision of economic justice, but out of economic desperation and short-sighted policymaking. How the West Was Lost reveals not only the economic myopia of the West but also the radical solutions that it needs to adopt in order to assert itself as a global economic power once again.