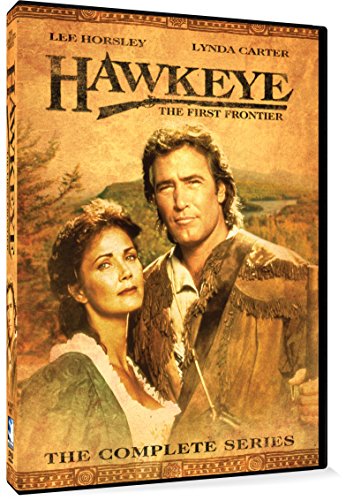 Against the breathtaking scenery of 18th century North America, Hawkeye delivers the adventure, beauty and hardship of frontier life!

In the new frontier, French and British forces battle for a stronghold in the Hudson Valley. Facing savage dangers and rugged terrain, Elizabeth Shields (LYNDA CARTER) and her husband William have come to Fort Bennington to open a trading post in support of the British force, leaving behind the comfort and security of the old world.

When their journey crosses paths with the hostile Iroquois, Elizabeth and William are rescued by Hawkeye (LEE HORSLEY), a nonconformist frontiersman and his native friend, Chingachgook (RODNEY A. GRANT).

William is double-crossed by his greedy brother who orchestrates his capture by the French. Elizabeth turns to Hawkeye for assistance in rescuing her husband while learning to survive her new frontier life. As her feelings for Hawkeye develop into more than friendship, Elizabeth must pray for the well being of her husband, while holding vigil for the man she secretly loves.