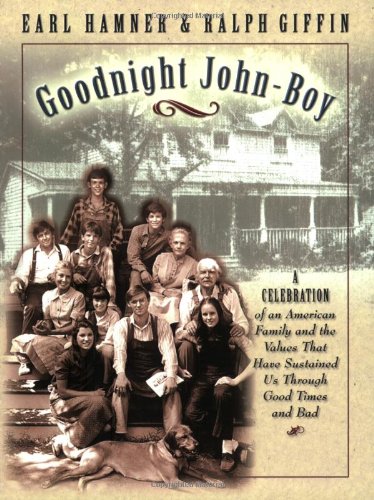 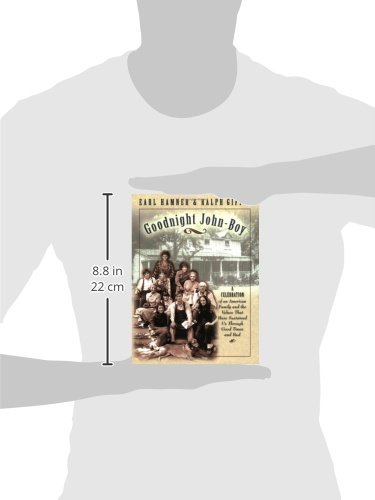 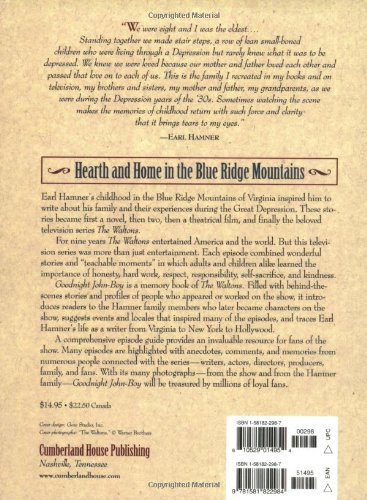 For eight wonderful years The Waltons, the story of a family living in the foothills of Virginia’s Blue Ridge Mountains during the Depression, entertained America and the world. Yet this television show was more than entertaining. Each episode combined wonderful stories and “teachable moments” in which adults and children alike learned the importance of honesty, hard work, respect, responsibility, self-sacrifice, and kindness. As is true in most families, the Waltons faced many challenges, occasionally stumbled along the way, but they struggled to live their lives within the framework of the values they believed and taught.

Goodnight, John-Boy is a memory book of The Waltons, the number-one television show of its time. Filled with behind-the-scenes anecdotes and profiles of people who appeared on the show, it introduces readers to the Hamner family members who later became characters on The Waltons, suggests events and locales that inspired many of the episodes, and traces Earl Hamner’s life as a writer from Virginia to New York to Hollywood.

Included is a description of each episode plus reminiscence, comments, and personal feelings from numerous people connected with the series-writers, actors, directors, producers, family, and fans. Heavily illustrated with publicity shots and personal photographs taken by cast, crew, and others, Goodnight John-Boy will be a welcomed book by millions of loyal fans.

When The Waltons first aired in 1972, it was at the bottom of the Nielson ratings-by December it led the list. That dramatic leap came about because fans told their friends about it and wrote the CBS network to praise the show and to plead that the show not be canceled. Thirty years later, Goodnight, John-Boy is sure to touch the hearts of the show’s fans again.