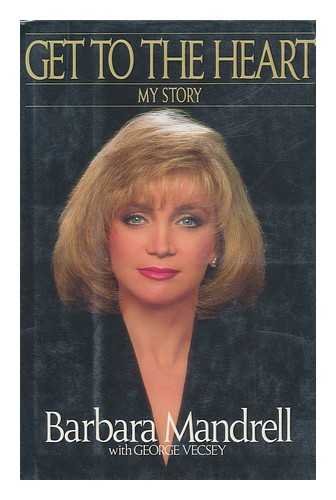 Get to the Heart: My Story

To her millions of fans around the world she is beautiful, blond, and talented. A multifaceted performer whose music strikes a chord of truth. A loving wife and mother whose traditional values and tremendous faith touch the heart. But in September 1984 fate placed Barbara Mandrell and two of her children on a Tennessee highway, where a car crossed two lanes of traffic to hit her car head-on…and Barbara Mandrell and her story book life were changed forever.

Here, for the first time, the spirited star who made her professional debut at age eleven who performed with country legends such as Patsy Cline and Johnny Cash, and who was chosen Entertainer of the Year two years running, shares her memories of the accident and her long, painful journey back. This is a chronicle of her remarkable rise to fame, a tribute to the extraordinary family who protected and sustained her. But most of all this is Barbara’s own triumphant story of hard-won survival.

Get To The Heart

From the Paperback edition.