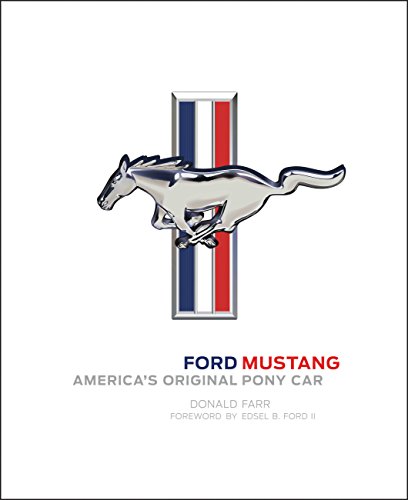 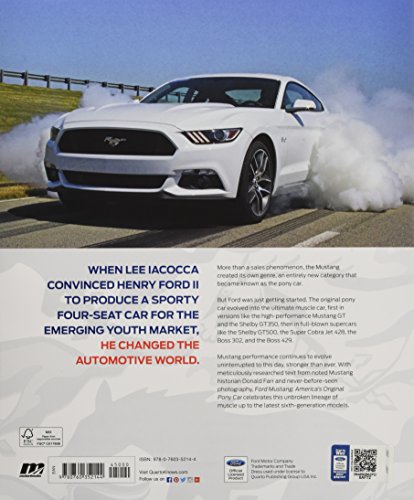 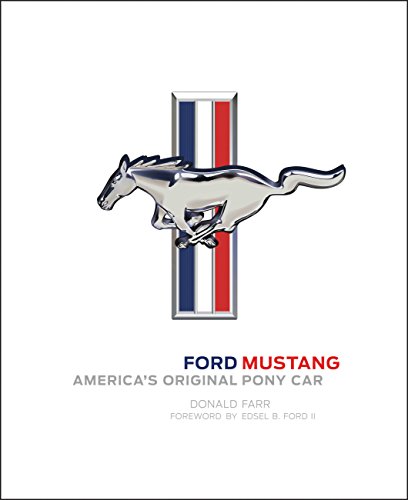 Get ready for the definitive visual history of the Ford Mustang with the brand new Ford Mustang: America’s Original Pony Car. Fasten your seat belt and get ready for every Mustang worth hearing about.

In the early 1960s, Lee Iacocca–then director of the Ford division at Ford Motor Company–convinced Henry Ford II to produce a sporty four-seat car aimed at the emerging youth market. That car, essentially a reconfigured and re-skinned Falcon economy car, became the Ford Mustang, and it changed the automotive world like no other car before or since.

Created in cooperation with Ford Motor Company and featuring some 400 photos from its historic and media archives, Ford Mustang is a must on the bookshelf of any muscle car or Ford aficionado.