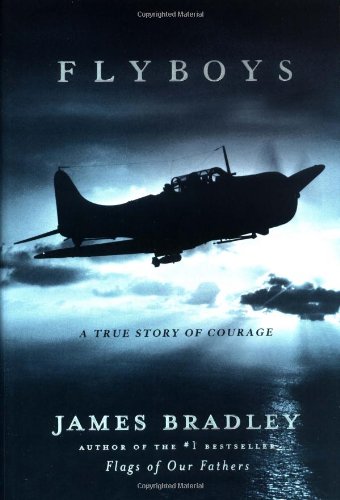 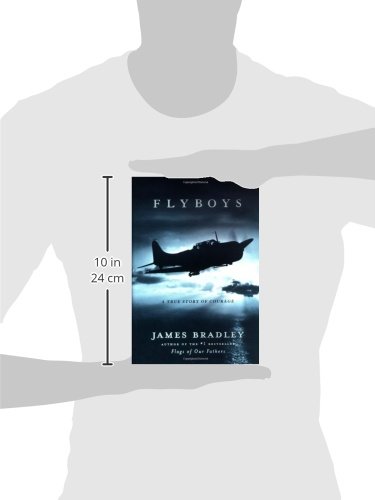 Flyboys: A True Story of Courage

Over the remote Pacific island of Chichi Jima, nine American flyers-Navy and Marine pilots sent to bomb Japanese communications towers there-were shot down. One of those nine was miraculously rescued by a U.S. Navy submarine. The others were captured by Japanese soldiers on Chichi Jima and held prisoner. Then they disappeared. When the war was over, the American government, along with the Japanese, covered up everything that had happened on Chichi Jima. The records of a top-secret military tribunal were sealed, the lives of the eight Flyboys were erased, and the parents, brothers, sisters, and sweethearts they left behind were left to wonder.

Flyboys reveals for the first time ever the extraordinary story of those men. Bradley’s quest for the truth took him from dusty attics in American small towns, to untapped government archives containing classified documents, to the heart of Japan, and finally to Chichi Jima itself. What he discovered was a mystery that dated back far before World War II-back 150 years, to America’s westward expansion and Japan’s first confrontation with the western world. Bradley brings into vivid focus these brave young men who went to war for their country, and through their lives he also tells the larger story of two nations in a hellish war.

With no easy moralizing, Bradley presents history in all its savage complexity, including the Japanese warrior mentality that fostered inhuman brutality and the U.S. military strategy that justified attacks on millions of civilians. And, after almost sixty years of mystery, Bradley finally reveals the fate of the eight American Flyboys, all of whom would ultimately face a moment and a decision that few of us can even imagine.

Flyboys is a story of war and horror but also of friendship and honor. It is about how we die, and how we live-including the tale of the Flyboy who escaped capture, a young Navy pilot named George H. W. Bush who would one day become president of the United States. A masterpiece of historical narrative, Flyboys will change forever our understanding of the Pacific war and the very things we fight for.