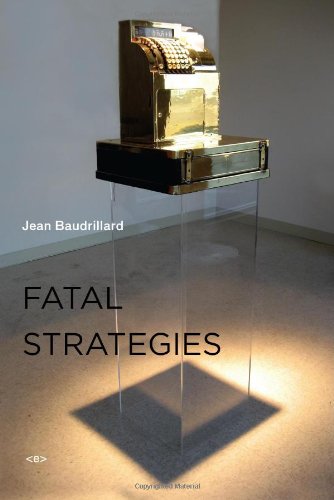 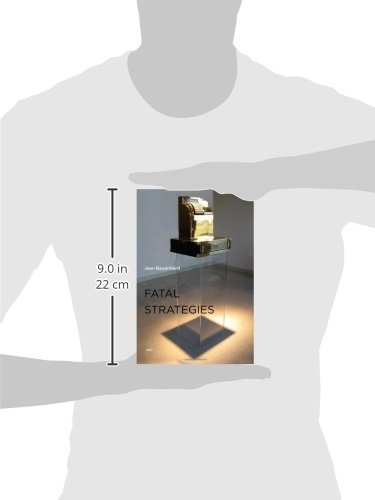 When Fatal Strategies was first published in French in 1983, it represented a turning point for Jean Baudrillard: an utterly original, and for many readers, utterly bizarre book that offered a theory as proliferative, ecstatic, and hallucinatory as the postmodern world it endeavored to describe. Arguing against the predetermined outcomes of dialectical thought with his renowned, wry, ambivalent passion, with this volume Jean Baudrillard mounted an attack against the “false problems” posed by Western philosophy. If his Marxist days were firmly behind him, Baudrillard here indicated that metaphysics had also gone the way of sociology and politics: the contemporary world demanded nothing less than Pataphysics, Alfred Jarry’s absurdist philosphy that described the laws of the universe supplementary to this one. In effect, with Fatal Strategies, Baudrillard became Baudrillard. In his extrapolationist manner, Baudrillard sought to replace Western philosophy’s circular arguments with a ritualistic Theater of Cruelty. Using this line of thought developed in Fatal Strategies, Baudrillard went on, throughout the 1980s, to find new and shatteringly accurate ways of discussing American corporatocracy, arms build-up, and hostage taking. Fatal Strategies asserts a profound critique of American politics, and it is an important step towards his examination of evil.Jean Baudrillard (1929-2007) was a philosopher, sociologist, cultural critic, and theorist of postmodernity who challenged all existing theories of contemporary society with humor and precision. An outsider in the French intellectual establishment, he was internationally renowned as a twenty-first century visionary, reporter, and provocateur. His Simulations (1983) instantly became a cult classic and made him a controversial voice in the world of politics and art.