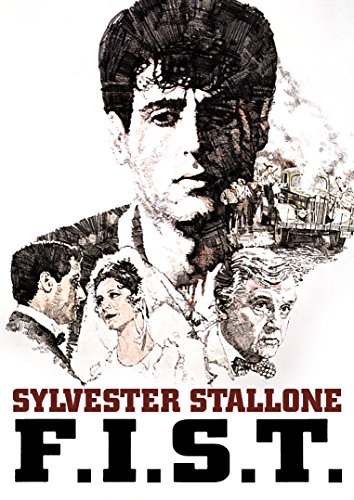 Superstar Sylvester Stallone (Rocky) stars in this hard-hitting, boldly ambitious drama that powerfully reveals a significant slice of American history. As union leader Johnny Kovak, Stallone’s performance confirmed his stature as one of Hollywood’s hottest stars. Closely paralleling history, the film follows the rise and fall of Kovak, from his beginnings as an idealistic blue-collar worker to his final position as head of one of the country’s most powerful unions: the Federation of Inter-State Truckers. But there are no unscarred heroes in this world… to achieve his dream of justice for the workingman; Kovak must accept the muscle of organized crime. Ultimately, F.I.S.T. is a story of idealism corrupted and betrayed. Acting greats Rod Steiger and Peter Boyle lead a fine supporting cast that includes Melinda Dillon, Kevin Conway, Tony Lo Bianco and Brian Dennehy. Wonderfully directed by Norman Jewison (The Russians Are Coming The Russians Are Coming) with beautiful and moody cinematography by Laszlo Kovac (Easy Rider). Screenplay by Stallone and Joe Eszterhas (Basic Instinct).