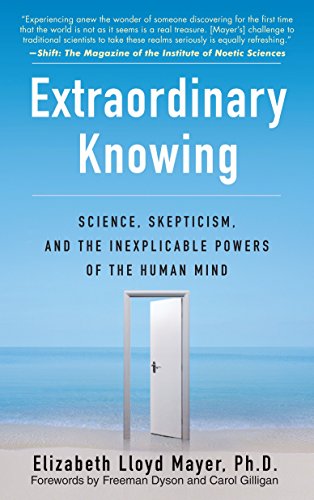 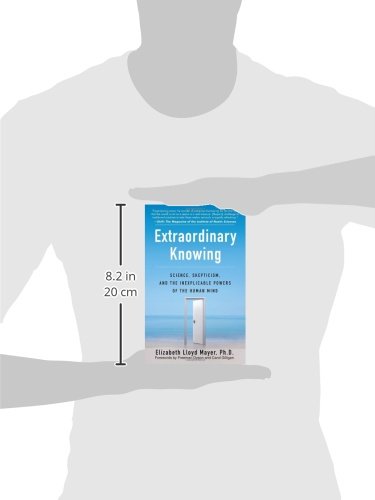 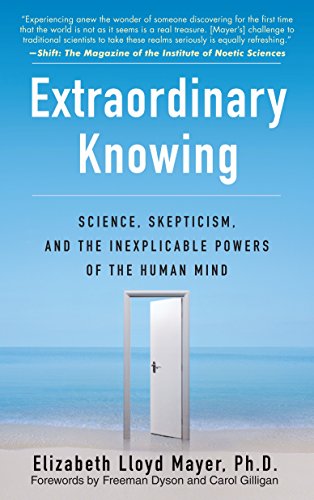 Extraordinary Knowing: Science, Skepticism, and the Inexplicable Powers of the Human Mind

In 1991, when her daughter’s rare, hand-carved harp was stolen, Lisby Mayer’s familiar world of science and rational thinking turned upside down. After the police failed to turn up any leads, a friend suggested she call a dowser—a man who specialized in finding lost objects. With nothing to lose—and almost as a joke—Dr. Mayer agreed. Within two days, and without leaving his Arkansas home, the dowser located the exact California street coordinates where the harp was found.

Deeply shaken, yet driven to understand what had happened, Mayer began the fourteen-year journey of discovery that she recounts in this mind-opening, brilliantly readable book. Her first surprise: the dozens of colleagues who’d been keeping similar experiences secret for years, fearful of being labeled credulous or crazy.

Extraordinary Knowing is an attempt to break through the silence imposed by fear and to explore what science has to say about these and countless other “inexplicable” phenomena. From Sigmund Freud’s writings on telepathy to secret CIA experiments on remote viewing, from leading-edge neuroscience to the strange world of quantum physics, Dr. Mayer reveals a wealth of credible and fascinating research into the realm where the mind seems to trump the laws of nature.

She does not ask us to believe. Rather she brings us a book of profound intrigue and optimism, with far-reaching implications not just for scientific inquiry but also for the ways we go about living in the world.