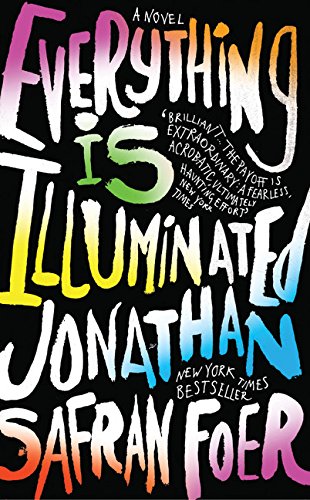 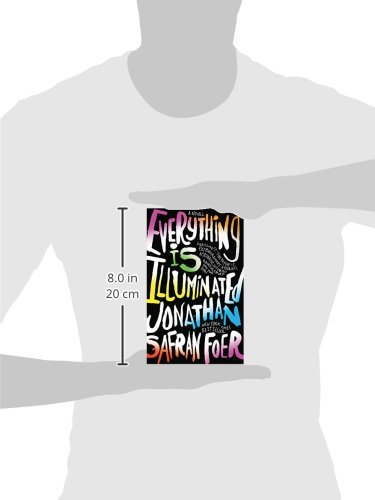 “Imagine a novel as verbally cunning as A Clockwork Orange, as harrowing as The Painted Bird, as exuberant and twee as Candide, and you have Everything Is Illuminated . . . Read it, and you’ll feel altered, chastened — seared in the fire of something new.” — Washington Post

With only a yellowing photograph in hand, a young man — also named Jonathan Safran Foer — sets out to find the woman who might or might not have saved his grandfather from the Nazis. Accompanied by an old man haunted by memories of the war, an amorous dog named Sammy Davis, Junior, Junior, and the unforgettable Alex, a young Ukrainian translator who speaks in a sublimely butchered English, Jonathan is led on a quixotic journey over a devastated landscape and into an unexpected past.

As their adventure unfolds, Jonathan imagines the history of his grandfather’s village, conjuring a magical fable of startling symmetries that unite generations across time. As his search moves back in time, the fantastical history moves forward, until reality collides with fiction in a heart-stopping scene of extraordinary power.

“A rambunctious tour de force of inventive and intelligent storytelling . . . Foer can place his reader’s hand on the heart of human experience, the transcendent beauty of human connections. Read, you can feel the life beating.” — Philadelphia Inquirer
Read more
Learn what other customers say about this product Read more