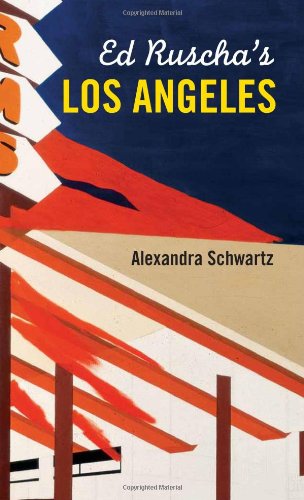 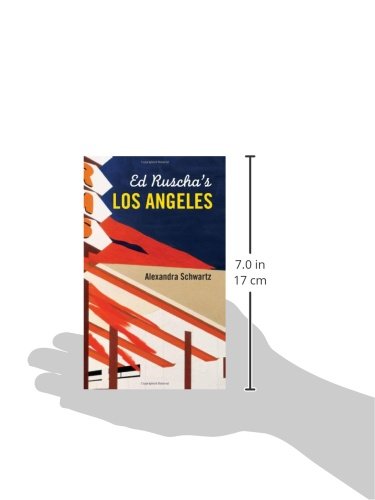 The first critical examination of the groundbreaking work of the artist who exemplifies West Coast cool.

Ed Ruscha was born in Nebraska and raised in Oklahoma, but he belongs to Los Angeles in a way that few other artists do. Since the 1960s, Ruscha’s iconic images of the cityscape and culture of Los Angeles―freeway gas stations, parking lots, palm trees, motels, swimming pools, and billboards―have both reflected and shaped popular perceptions of Hollywood and the city that surrounds it.

In Ed Ruscha’s Los Angeles, Alexandra Schwartz views Ruscha’s groundbreaking early work as a window onto the radically shifting cultural and political landscape in which it was produced. Schwartz examines Ruscha’s diverse body of work, including paintings, drawings, prints, photographs, books, and films, and discusses his relationship with other artists―including John Altoon, Ed Kienholz, Billy Al Bengston, and Dennis Hopper, all of them associated with the famous Ferus Gallery―with whom he sparked the movement known as West Coast pop. She also explores his links to the mainstream film industry, then evolving into the experimental New Hollywood of the late 1960s and early 1970s; his association with emerging discourse on L.A. architecture and urbanism; and his participation in the politics of the L.A. art world, where his presentation and self-marketing reflected contemporary attitudes toward gender, race, and class.

Despite Ruscha’s fame, this is the first comprehensive critical consideration of his art, and the first to consider it in the context of L.A.’s tumultuous 1960s and 1970s. It shows how Ruscha, borrowing from and critiquing the methods and myths of Hollywood, forged a new paradigm of the artist as a popular culture scribe―a soothsayer for the entertainment age.