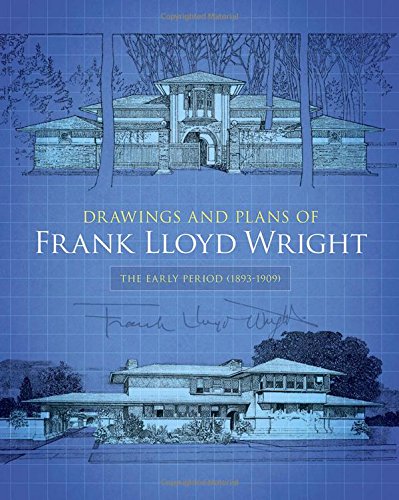 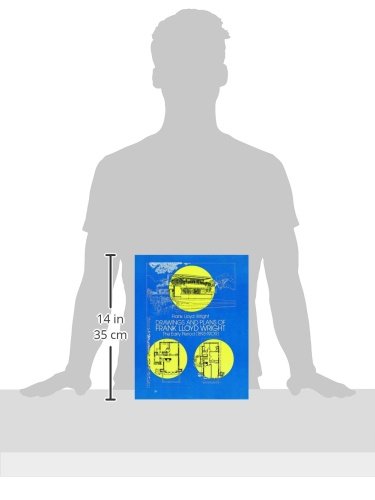 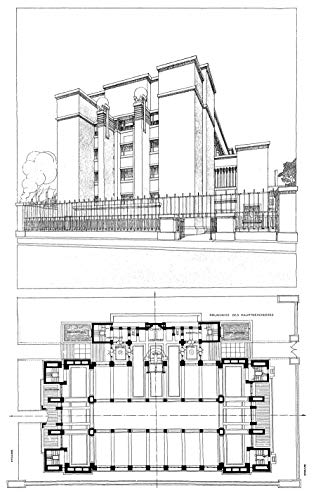 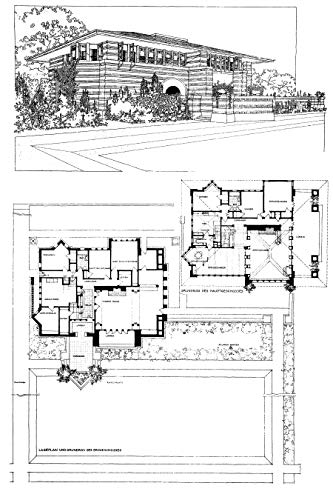 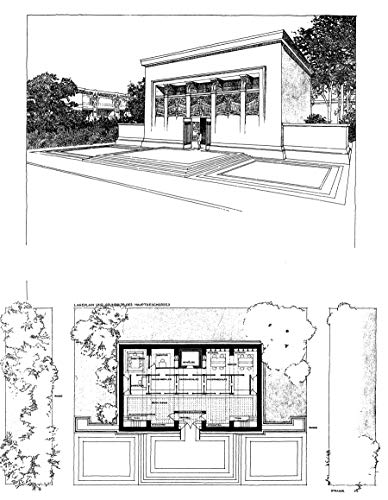 “I would much rather build than write about building, but when I am not building, I will write about building — or the significance of those buildings I have already built.” — Frank Lloyd Wright
Frank Lloyd Wright built a body of works and drawings to illustrate and explain his work: collections of designs with commentary that temperamentally parallel that work: irascible, radical, powerful and dense, astonishing and simple in its clarity. One of his earliest published works illustrates the parallel, preserving  thought and design at a prophetic moment, shortly before Wright’s genius and fame captured two continents and many converts. The Wasmuth portfolio of drawings (named after the original German publisher) is reproduced here from an extremely rare first edition (1910).
Wright’s polemical preface indicates the importance he attached to the drawings and their publication: “. . . the work illustrated in this volume, with the exception of the work of Louis Sullivan, is the first consistent protest in bricks and mortar against this pitiful waste [academic, inorganic styles]. It is a serious attempt to formulate some industrial and aesthetic ideals that in a quiet, rational way will help to make a lovely thing of an American’s home environment. . . .” “Home environment” for Wright was the Midwestern plain; these these drawings, perhaps his earliest experiments in organic design, partake of the Illinois, Indiana, Michigan and Wisconsin prairie with their emphasis on the horizontal (“the line of domesticity”) and the environmental motif: “A beautiful elm standing near gave the suggestion for the mass of the building,” Wright says of the Winslow house in River Forest, Illinois, a dwelling he cites as the first embodiment of many of his ideas. Elegant full-page architectural drawings and plans show Wright’s atelier in Oak Park, Illinois, many homes, cottages, banks, a burial chapel, Unity Church temple, a concrete house designed for Ladies’ Home Journal and numerous studies for buildings, treated as problems in design, that were never built.
The republication of this rare work gives access again to what has been called “the single most important collection of work published by Frank Lloyd Wright.” Students of American architectural genius will find here the seeds of Wright’s greatness.