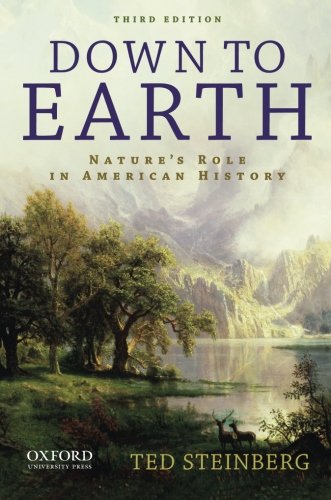 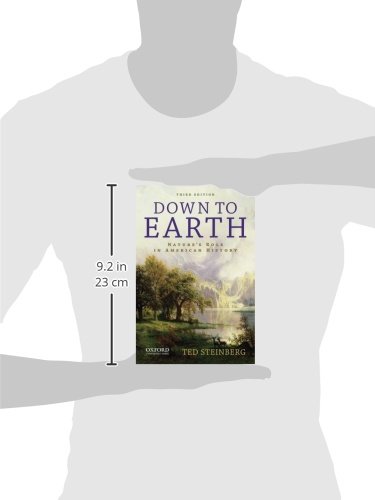 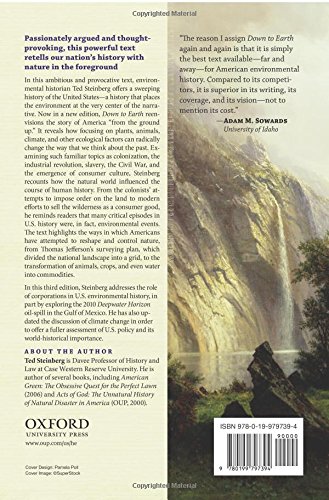 Down to Earth: Nature’s Role in American History

In this ambitious and provocative text, environmental historian Ted Steinberg offers a sweeping history of the United States a history that places the environment at the very center of the narrative. Now in a new edition, Down to Earth reenvisions the story of America “from the ground up.” It reveals how focusing on plants, animals, climate, and other ecological factors can radically change the way that we think about the past. Examining such familiar topics as colonization, the industrial revolution, slavery, the Civil War, and the emergence of consumer culture, Steinberg recounts how the natural world influenced the course of human history. From the colonists’ attempts to impose order on the land to modern efforts to sell the wilderness as a consumer good, he reminds readers that many critical episodes in U.S. history were, in fact, environmental events. The text highlights the ways in which Americans have attempted to reshape and control nature, from Thomas Jefferson’s surveying plan, which divided the national landscape into a grid, to the transformation of animals, crops, and even water into commodities.

In this third edition, Steinberg addresses the role of corporations in U.S. environmental history, in part by exploring the 2010 Deepwater Horizon oil spill in the Gulf of Mexico. He has also updated the discussion of climate change in order to offer a fuller assessment of U.S. policy and its world historical importance.