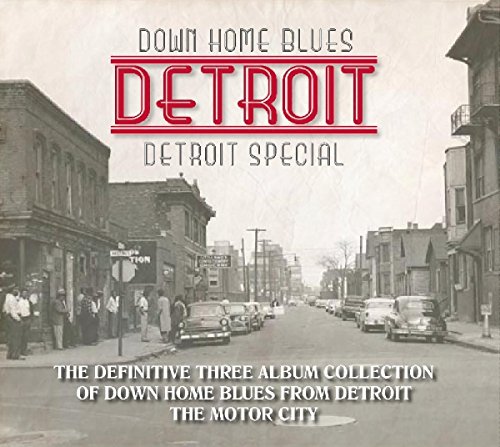 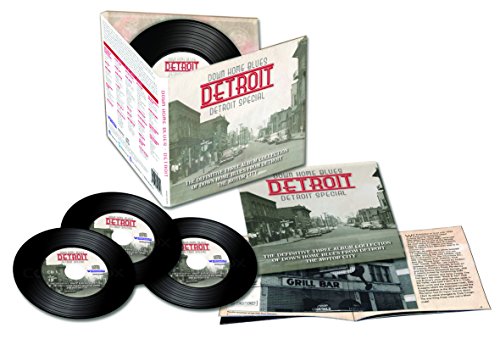 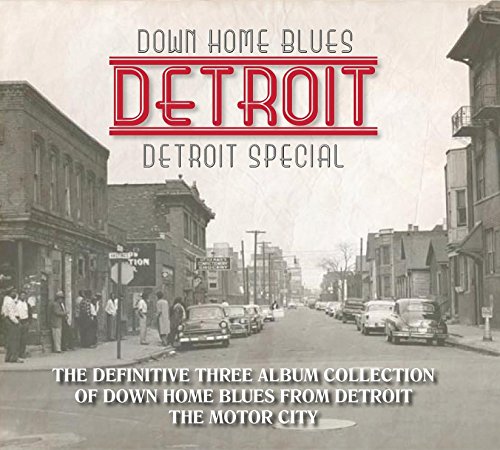 Down Home Blues Detroit is THE definitive collection of blues music from Detroit-based musicians from the late 1940s to the early 1960s. It features over 20 artists who were influential in developing the Detroit blues scene, including John Lee Hooker, Bo Bo Jenkins, Sam Kelly, Eddie Kirkland, Little Sonny, Detroit Count, Eddie Burns, Baby Boy Warren, Big Ed And His Combo and many more. This three CD set, packaged in a deluxe digipak with an outer slip case, features 82 rare tracks, all digitally remastered, with some unissued recordings and others which have not been available for decades. Includes a 48 page book featuring an essay on the origins of Detroit music by renowned blues researcher and historian Mike Rowe, complete with rare photos, tracklisting and full sessionography. Detroit, Michigan. A northern city – smaller but akin to Chicago – where country southern blacks migrated to find work and found themselves within new urban surroundings. Amongst their numbers were blues musicians who took with them their traditional sounds. It began to develop with a more aggressive feel which grew with them in their new urban life surroundings. There are 21 different artists here. There is extreme. There are selections of players who encompassed into small combo group recordings to the solo player whose sound without doubt was perfect without any extra accompaniment. There are artists here who made many more commercial recordings than others, who maybe got just one record out. By luck there are some unissued recordings – from unearthed rare acetate discs. The definitive three album collection of Down Home Blues from Detroit!