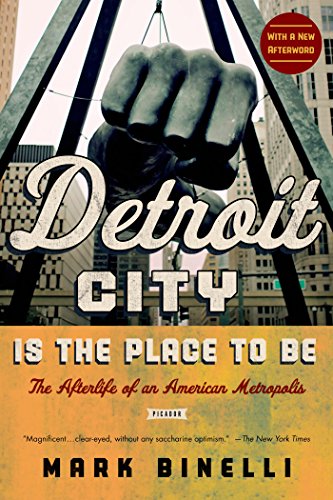 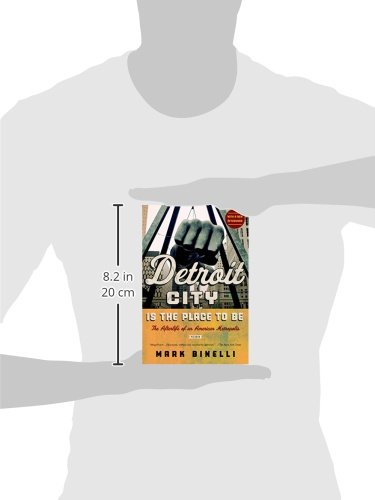 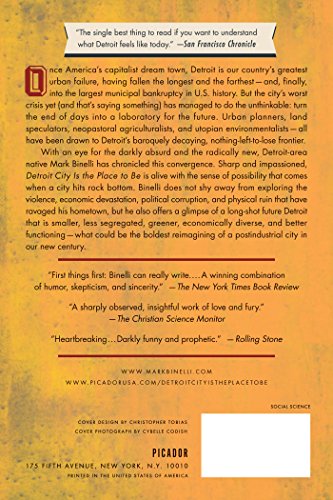 Detroit City Is the Place to Be: The Afterlife of an American Metropolis

Once America’s capitalist dream town, Detroit is our country’s greatest urban failure, having fallen the longest and the farthest―and, finally, into the largest municipal bankruptcy in U.S. history. But the city’s worst crisis yet (and that’s saying something) has managed to do the unthinkable: turn the end of days into a laboratory for the future. Urban planners, land speculators, neopastoral agriculturalists, and utopian environmentalists―all have been drawn to Detroit’s baroquely decaying, nothing-left-to-lose frontier.

With an eye for both the darkly absurd and the radically new, Detroit-area native Mark Binelli has chronicled this convergence. Sharp and impassioned, Detroit City Is the Place to Be is alive with the sense of possibility that comes when a city hits rock bottom. Binelli does not shy away from exploring the violence, economic devastation, political corruption, and physical ruin that have ravaged his hometown, but he also offers a glimpse of a long-shot future Detroit that is smaller, less segregated, greener, economically diverse, and better functioning―what could be the boldest reimagining of a postindustrial city in our new century.