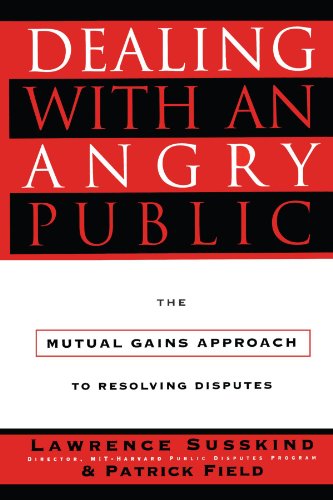 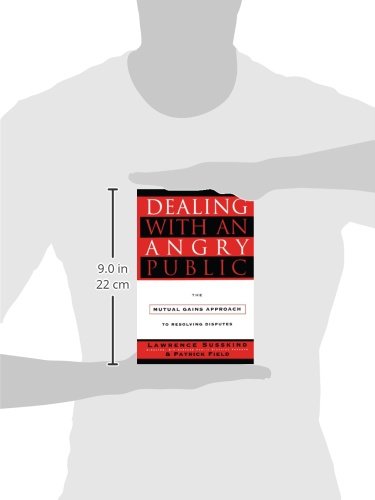 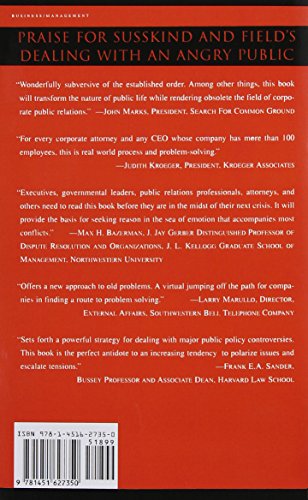 Dealing with an Angry Public: The Mutual Gains Approach To Resolving Disputes

Some portion of the American public will react negatively to almost any new corporate initiative, as Disney discovered when it announced its plans to build an historical theme park in Virginia. Similarly, government efforts to change policy or shift budget priorities are invariably met with stiff resistance. In this enormously practical book, Lawrence Susskind and Patrick Field analyze scores of both private and public-sector cases, as well as crisis scenarios such as the Alaskan oil spill, the silicone breast implant controversy, and nuclear plant malfunction at Three Mile Island. They show how resistance to both public and private initiatives can be overcome by a mutual gains approach involving face-to-face negotiation, a strategy applied successfully by over fifteen hundred executives and officials who have attended Professor Susskind’s MIT-Harvard “Angry Public” seminars. Susskind and Field outline the six key elements of this approach in order to help business and government leaders negotiate, rather than fight, with their critics. In the process, they show how to identify who the public is, whose concerns to address first, which people and organizations must be convinced of the legitimacy of action taken, and how to assess and respond to different types of anger effectively. Acknowledging the crucial role played by the media in shaping public perception and understanding, Susskind and Field suggest a way to develop media interaction which is consistent with the six mutual gains principles, and also discuss the type of leadership that corporate and government managers must provide in order to combine these ideas into a useful whole. We all need to be concerned about a society in which the public’s concerns, fears and anger are not adequately addressed. When corporate and government agencies must spend crucial time and resources on rehashing and defending each decision they make, a frustrated and angry public