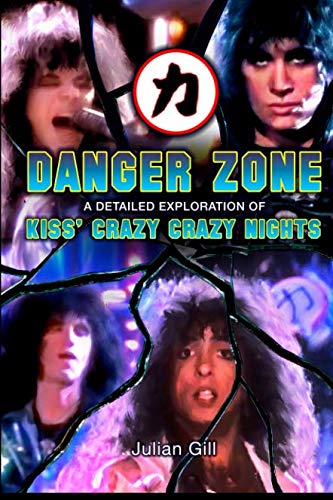 “Danger Zone” celebrates the 30th anniversary of KISS’ “Crazy Nights” through a series of interviews with principals directly involved in the creation of the album. These interviews are supplemented by several features that assist in painting a more complete picture of the band’s efforts over an eighteen month period.As was the case with “The Elder” — and to a lesser extent the solo albums — “Crazy Nights” was a failure. It did not provide the hits, in the U.S., or lead to a massive two year tour. It didn’t resurrect the fortunes of the band, which to that point had stagnated in the stores and on the road. Outside of the U.K. it missed the mark, but like “The Elder,” not from a lack of creative energy and effort by the band. However, even in failure, the “Crazy Nights” era served as a catalyst.