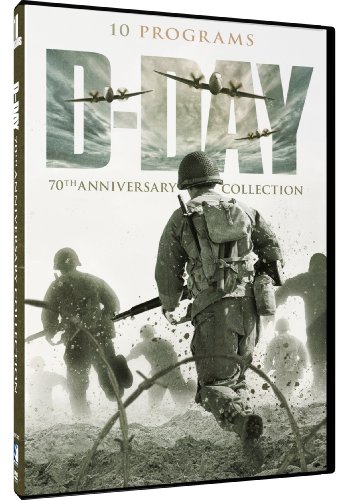 The Greatest Amphibious Assault In History!

A Tribute To The Men & The Battle That Liberated The World

On the morning of June 6th 1944, 156,000 Allied troops stormed the beaches of Normandy and changed the course of modern history. With nothing but their strength to triumph, courage and honor, these brave soldiers engaged in an epic twelve-hour battle that came to be the greatest military operation of all time. Using rare archival video footage, insightful narration and previously classified information, you can witness the D-Day Invasion like never before!

D-Day: The Invasion March to Victory

Follow the milestones leading up to D-Day in this documentary program featuring rare archival video footage and insightful narration.

This intimate portrait of Winston Churchill allows us to better understand one of the great individuals of the 20th Century.

The decisions, massive preparations and the landing on June 6, 1944 are illustrated in this definitive film study of the Normandy invasion.

Discover the greatest secret of World War II, the time and place of the D-Day invasion.

Witness the Allies stage the largest amphibious assault in history by landing thousands of troops along the Normandy coast of France.

The Finest Hours of the Second World War: D-Day

Explore the greatest operations of WWII specifically the invasion of Normandy and the liberation of Paris.

The reality of the great cross-channel invasion is discovered through scenes of the assault landing against the German resistance.

Follow the monumental steps that changed the course of history through a day-by-day chronicle of the most epic operation of WWII.

The Medals of Honor awarded for actions on D-Day, June 6, 1944 are documented in great detail in this compelling documentary.

The movie is set during World War II in the days just prior to the D-Day invasion. A special paratrooper unit is sent to destroy a German flame thrower installation on Omaha Beach.