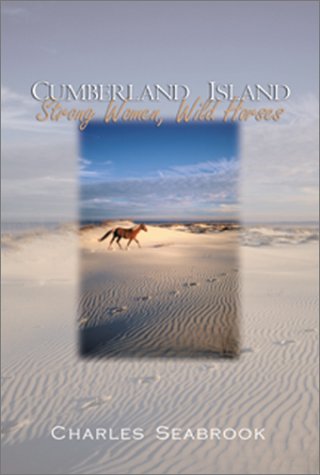 In September 1996, Cumberland Island blasted on to the national news scene when it was revealed that John Kennedy, Jr., and Carolyn Bessette were married on the island in the First African Baptist Church–a simple one-room frame structure with eight handmade pews. When the flotilla of writers and photographers arrived on the island a few days later only to find themselves itching, sweating, and swatting at pestiferous gnats and bloodthirsty mosquitoes, they wondered why such a worldly and sophisticated couple had chosen such a tick-infested spot.

But the newlyweds were not the first to discover the mystique of Georgia’s southernmost barrier island. Although the paparazzi may not have been enchanted with Cumberland Island, others felt differently. Town & Country described this paradise as a place where “time seems to have stood still. It all evokes a sense of serenity and oneness with nature that is restorative.” Elle said, “Cumberland is . . . an inspiration . . . From the monumental beach, where you can fly your spirit like a kite, to the shady mysteries of the forest, bearded with Spanish moss and alive with the cacophony of tree frogs at dawn, it is a place of captivating wonder.” According to Southern Living, “This place is a fairy tale. The thickets of cabbage palm and resurrection fern, the roads of crushed oyster shell, the whinnies of wild horses floating on breezes, all sustain the soul mightily.”

In Cumberland Island, Charles Seabrook uses his talent as an award-winning environmental writer to describe the island’s natural bounty and to tell its long and intriguing history. Cumberland Island resembles a nonfiction version of a James Michener novel. The characters themselves are stranger than fiction, much in the same vein as those found in John Berendt’s Midnight in the Garden of Good and Evil.

In Cumberland Island, you’ll meet Catherine “Caty” Greene Miller, the widow of Revolutionary War hero Nathanael Greene and the woman who inspired Eli Whitney to invent the cotton gin. She was also the inspiration behind Dungeness, the 30-room tabby mansion built on Cumberland Island in 1803.

You’ll meet Robert Stafford, who sent his six children born to a slave named Zabette to live in an imposing home in New England, where they became part of the white high society there. All of his daughters married well, including one who wed a Russian count in Notre Dame.

There’s Thomas and Lucy Carnegie, who used their Pittsburgh steel fortune to purchase acreage on the island. In 1885, they completed their mansion, which was built on the ruins of Caty Miller’s home. A year later, Thomas died at age 43, but Lucy remained on the island to raise her nine children. Lucy Carnegie’s granddaughter, “Miss Lucy” Ferguson, who many consider the toughest and orneriest of all the strong women who inhabited the island, reigned over the island during the 1960s and 1970s. The present-day generation is represented by Janet “GoGo” Ferguson, Miss Lucy’s granddaughter, who made the arrangements for the Kennedy-Bessette wedding and crafted their wedding rings as well.

Another strong woman who currently resides on the island is Carol Ruckdeschel, a naturalist who was the subject of a John McPhee profile in the New Yorker in 1974. GoGo Ferguson and Carol were great friends until they disagreed on the future of the island. Their ensuing feud reveals the continuing debate among residents, conservationists, and developers about how the island should be managed.

In Cumberland Island, Charles Seabrook provides a fascinating look into the history of one of America’s greatest natural treasures.