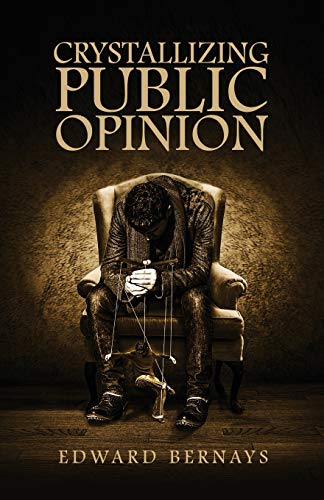 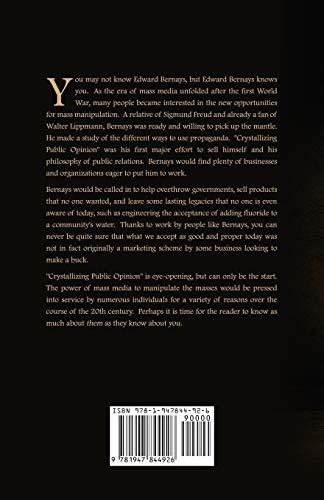 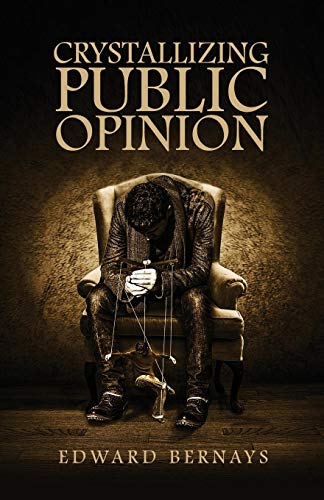 You may not know Edward Bernays, but Edward Bernays knows you.  As the era of mass media unfolded after the first World War, many people became interested in the new opportunities for mass manipulation.  A relative of Sigmund Freud and already a fan of Walter Lippmann, Bernays was ready and willing to pick up the mantle.  He made a study of the different ways to use propaganda.  “Crystallizing Public Opinion” was his first major effort to sell himself and his philosophy of public relations.  Bernays would find plenty of businesses and organizations eager to put him to work.

Bernays would be called in to help overthrow governments, sell products that no one wanted, and leave some lasting legacies that no one is even aware of today, such as engineering the acceptance of adding fluoride to a community’s water.  Thanks to work by people like Bernays, you can never be quite sure that what we accept as good and proper today was not in fact originally a marketing scheme by some business looking to make a buck.

“Crystallizing Public Opinion” is eye-opening, but can only be the start.  The power of mass media to manipulate the masses would be pressed into service by numerous individuals for a variety of reasons over the course of the 20th century.  Perhaps it is time for the reader to know as much about them as they know about you.