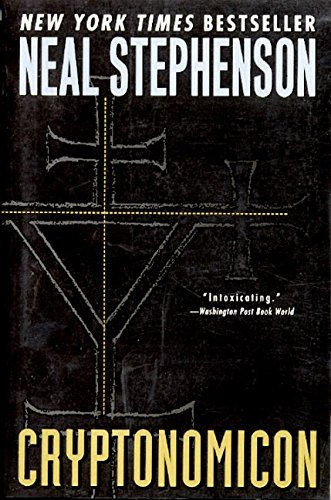 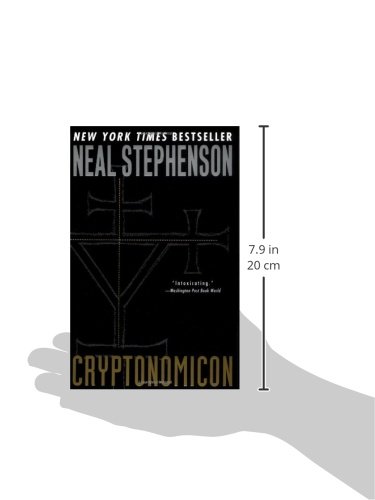 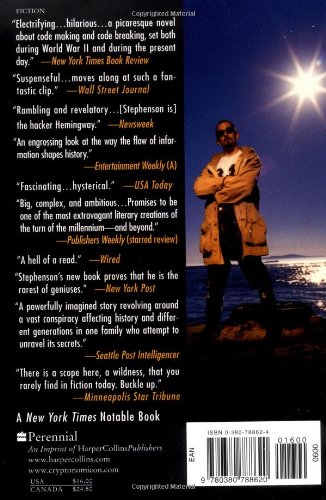 With this extraordinary first volume in an epoch-making masterpiece, Neal Stephenson hacks into the secret histories of nations and the private obsessions of men, decrypting with dazzling virtuosity the forces that shaped this century.

In 1942, Lawrence Pritchard Waterhouse—mathematical genius and young Captain in the U.S. Navy—is assigned to detachment 2702. It is an outfit so secret that only a handful of people know it exists, and some of those people have names like Churchill and Roosevelt. The mission of Waterhouse and Detachment 2702—commanded by Marine Raider Bobby Shaftoe-is to keep the Nazis ignorant of the fact that Allied Intelligence has cracked the enemy’s fabled Enigma code. It is a game, a cryptographic chess match between Waterhouse and his German counterpart, translated into action by the gung-ho Shaftoe and his forces.

Fast-forward to the present, where Waterhouse’s crypto-hacker grandson, Randy, is attempting to create a “data haven” in Southeast Asia—a place where encrypted data can be stored and exchanged free of repression and scrutiny. As governments and multinationals attack the endeavor, Randy joins forces with Shaftoe’s tough-as-nails granddaughter, Amy, to secretly salvage a sunken Nazi submarine that holds the key to keeping the dream of a data haven afloat. But soon their scheme brings to light a massive conspiracy with its roots in Detachment 2702 linked to an unbreakable Nazi code called Arethusa. And it will represent the path to unimaginable riches and a future of personal and digital liberty…or to universal totalitarianism reborn.

A breathtaking tour de force, and Neal Stephenson’s most accomplished and affecting work to date, Cryptonomicon is profound and prophetic, hypnotic and hyper-driven, as it leaps forward and back between World War II and the World Wide Web, hinting all the while at a dark day-after-tomorrow. It is a work of great art, thought and creative daring; the product of a truly iconoclastic imagination working with white-hot intensity.