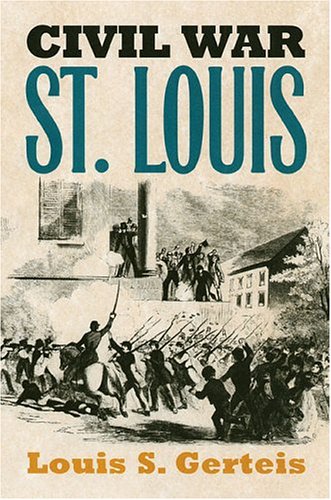 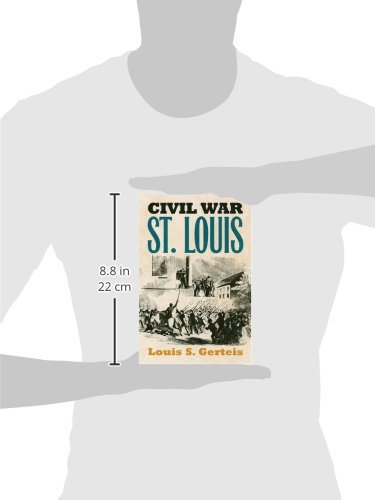 In the Civil War, rough-and-tumble St. Louis played a key role as a strategic staging ground for the Union army. A citadel of free labor in a slave state, it also harbored deeply divided loyalties that mirrored those of its troubled nation. Until now, however, the fascinating story of wartime St. Louis has remained largely unchronicled.

By the mid-nineteenth century, St. Louis had become the nation’s greatest inland city, providing a “gateway to the West,” a riverine crossroads for national commerce, and an ideal base for expansion-minded industrialists from the abolitionist Northeast. Yet as Louis Gerteis reveals, many of its citizens were staunchly dedicated to both slavery and the southern agrarian tradition. For them especially, federal martial law was an outrage, one that only served to nail the coffin shut on their loyalty to the Union.

Gerteis’s rich and engaging narrative encompasses a wide range of episodes and events involving the lynching of freeman Francis McIntosh and murder of publisher Elijah Lovejoy, the infamous Dred Scott saga (which began in St. Louis), city politics and martial law, battles in and around the city (at Camp Jackson, Wilson’s Creek, and Pea Ridge), major river campaigns, manufacture of ironclad combat ships, prison camps and hospitals, and efforts to secure civil rights for blacks while denying the same to former Confederates who would not swear loyalty to the Union.

Ultimately, Gerteis offers a compelling portrait of a war-torn city—teeming with wounded soldiers, displaced civilians, runaway slaves, federal prisoners, and profiteers—that was forever changed by its wartime experiences, even as it anchored Union victory in the west.