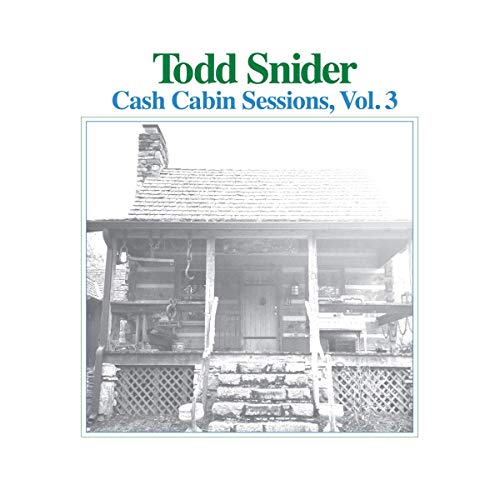 After spending the last six years making rock albums, Todd Snider is going back to folk. Cash Cabin Sessions, Vol. 3 was recorded at Cash Cabin in Hendersonville, TN. Snider wrote the set of songs and played all the instruments on the record, displaying his growth as a musician and vocalist. Of the five songs on which Snider serves up his humorous brand of socio-political commentary, three are performed in the talking blues style. He even had his friends, Jason Isbell and Amanda Shires, contribute backing vocals on a few of the tracks. If Snider is anything, he is a true artist, and he reminds us of that on Cash Cabin Sessions, Vol. 3. At a point in time when the world has never been more complicated and confusing, with people getting louder and louder, Snider did a 180, went back to his roots as a folksinger, to a simpler, quieter form of expression; and it might be what the world is waiting to hear; a man, his guitar, and the truth.