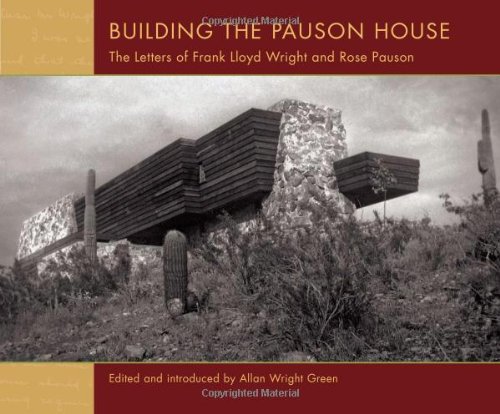 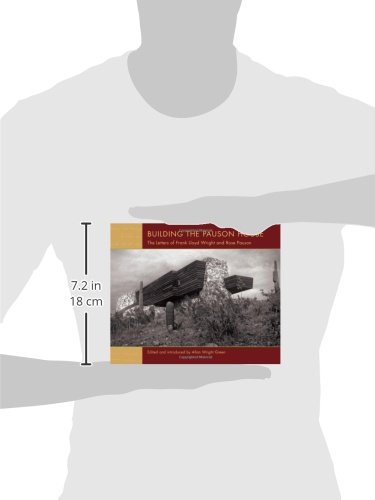 Building the Pauson House: The Letters of Frank Lloyd Wright and Rose Pauson

Never before published drawings and letters by Frank Lloyd Wright

On April 11, 1943, in the desert hills of Phoenix, Arizona, Frank Lloyd Wright’s Pauson House burned to the ground. The fire had erupted just one year after the building’s completion. But the complete obliteration of this remarkable structure was avoided by way of an astounding archive of letters between Wright (American, 1867-1959) and his client, artist Rose Pauson.

In Building the Pauson House, more than fifty previously unpublished letters written between 1938 and 1943—alongside rare site photographs and Wright’s architectural drawings—chronicle the design and construction of one of Wright’s most creative houses. While his commitment to integrating architecture into the natural environment was tested by the undeveloped site, these letters provide a rare glimpse into another important challenge for the architect: pleasing the client. In note after note, Pauson’s and Wright’s headstrong personalities shine through, with jabfilled exchanges regarding bills and design changes exposing frustrations on both sides. In one letter, Wright quipped, “For the time and trouble I have taken in writing this to you, I could have turned in to my publisher material for which I would receive twice the sum in dispute.” But despite their differences, Pauson and Wright remained true to their underlying appreciation of each other, and it is Wright’s words that remind us of his main inspiration: “If the house doesn t fit you from the soles of your feet to the top of your head it wouldn t be one of our houses.”

Edited and introduced by Allan Wright Green, the great-nephew of Rose Pauson, and with a Foreword by Bruce Brooks Pfeiffer, director of the Frank Lloyd Wright Foundation Archives, these collected letters offer a remarkable view of the personality and working methods of one of the world’s greatest architects.