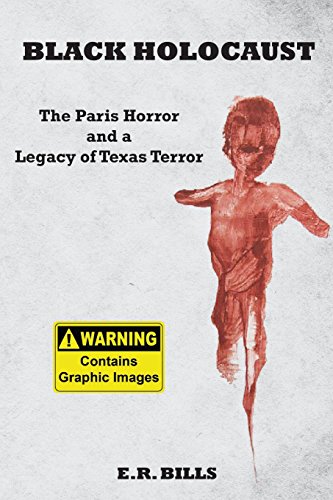 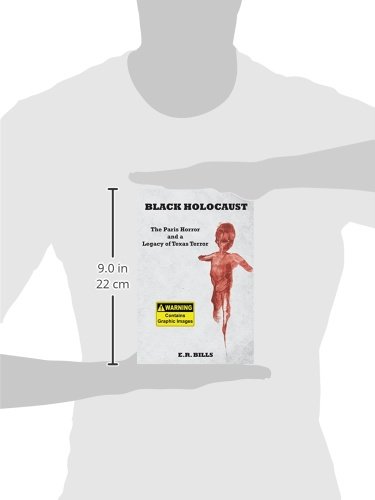 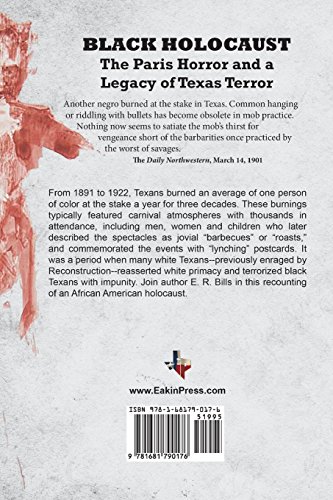 Black Holocaust: The Paris Horror and a Legacy of Texas Terror

From 1891 to 1922, Texans burned an average of one person of color at the stake a year for three decades. These burnings typically featured carnival atmospheres with thousands in attendance, including men, women and children who later described the spectacles as jovial “barbecues” or “roasts,” and commemorated the events with “lynching” postcards. It was a period when many white Texans-previously enraged by Reconstruction-reasserted white primacy and terrorized black Texans with impunity. Join author E. R. Bills in this recounting of an African American holocaust. E. R. Bills is a Texas author and historian who also wrote “The 1910 Slocum Massacre: An Act of Genocide in East Texas” and “Texas Obscurities:: Stories of the Peculiar, Exceptional and Nefarious.”