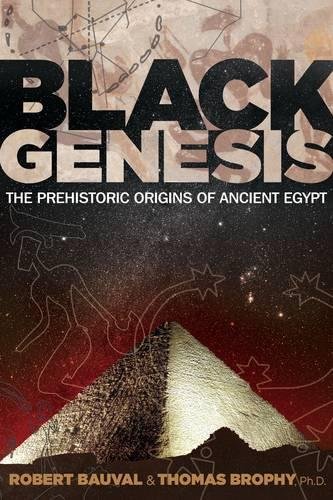 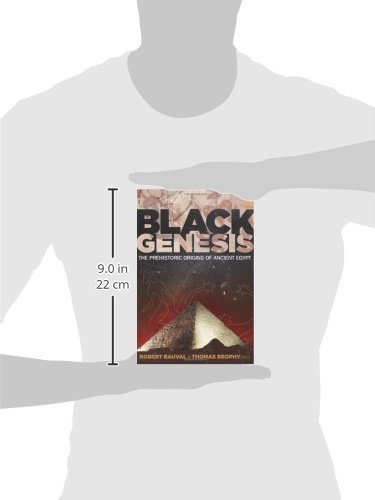 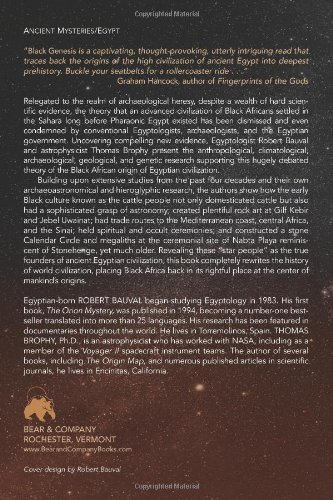 • Examines extensive studies into the lost civilization of the “Star People” by renowned anthropologists, archaeologists, genetic scientists, and cultural historians as well as the authors’ archaeoastronomy and hieroglyphics research

Relegated to the realm of archaeological heresy, despite a wealth of hard scientific evidence, the theory that an advanced civilization of black Africans settled in the Sahara long before Pharaonic Egypt existed has been dismissed and even condemned by conventional Egyptologists, archaeologists, and the Egyptian government. Uncovering compelling new evidence, Egyptologist Robert Bauval and astrophysicist Thomas Brophy present the anthropological, climatological, archaeological, geological, and genetic research supporting this hugely debated theory of the black African origin of Egyptian civilization.

Building upon extensive studies from the past four decades and their own archaeoastronomical and hieroglyphic research, the authors show how the early black culture known as the Cattle People not only domesticated cattle but also had a sophisticated grasp of astronomy; created plentiful rock art at Gilf Kebir and Gebel Uwainat; had trade routes to the Mediterranean coast, central Africa, and the Sinai; held spiritual and occult ceremonies; and constructed a stone calendar circle and megaliths at the ceremonial site of Nabta Playa reminiscent of Stonehenge, yet much older. Revealing these “Star People” as the true founders of ancient Egyptian civilization, this book completely rewrites the history of world civilization, placing black Africa back in its rightful place at the center of mankind’s origins.