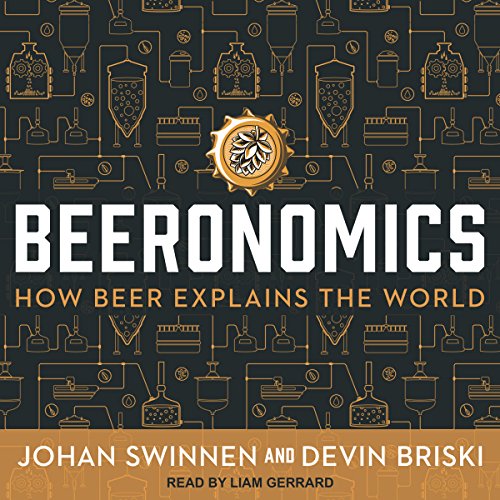 Beeronomics: How Beer Explains the World

Beeronomics covers world history through the lens of beer, exploring the common role that beer taxation has played throughout and providing context for recognizable brands and consumer trends and tastes.

Beeronomics examines key developments that have moved the brewing industry forward. Its most ubiquitous ingredient, hops, was used by the Hanseatic League to establish the export dominance of Hamburg and Bremen in the 16th century. During the late 19th century, bottom-fermentation led to the spread of industrial lager beer. Industrial innovations in bottling, refrigeration, and TV advertising paved the way for the consolidation and market dominance of major macrobreweries like Anheuser Busch in America and Artois Brewery in Belgium during the 20th century.

We’re now in the era of global integration – one multinational AB InBev, claims 46 percent of all beer profits – but there’s a counterrevolution afoot of small, independent craft breweries in America, Belgium and around the world. Beeronomics surveys these trends, giving context to why you see which brands and styles on shelves at your local supermarket or on tap at the nearby pub.