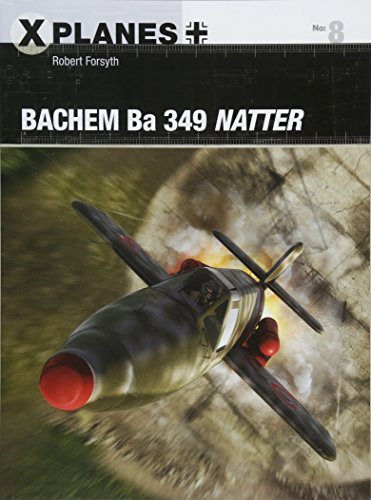 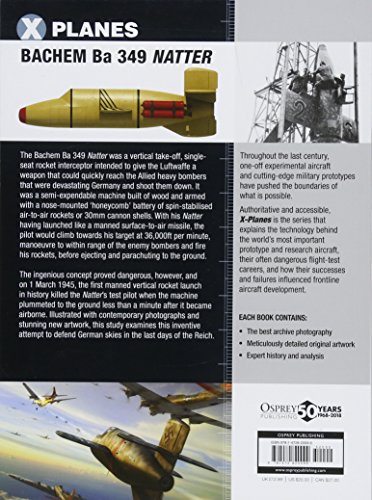 The Bachem Ba 349 Natter was a secretive, vertical take-off, single-seat rocket interceptor intended to offer high-speed defense of key targets. This radical aircraft offered Luftwaffe an inexpensive means with which to intercept and attack Allied heavy bombers using a vertically-launched, semi-expendable machine built of wood and armed with a nose-mounted “honeycomb” battery of spin-stabilized air-to-air rockets, as well as cannon armament. Launched vertically at 36,000 feet per minute, the pilot was expected to fly within range of the enemy bombers, fire his rockets at them, ram another bomber, eject, and parachute to the ground.

Illustrated with contemporary photographs and stunning commissioned artwork, this study examines this inventive yet ultimately unsuccessful attempt by the Luftwaffe to defend against the tide of Allied aircraft that was bombing German cities into the ground.