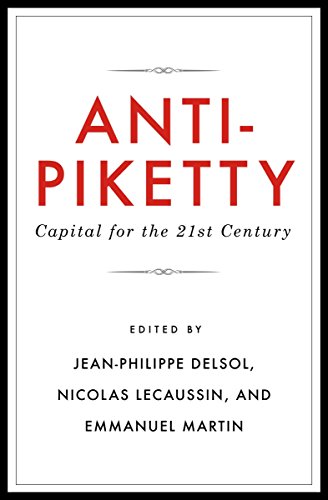 Anti-Piketty: Capital for the 21st-Century

Thomas Piketty’s book Capital in the Twenty-First Century has enjoyed great success, both among academics and the general public. Its influence on politics also cannot be denied. His book provided something people had waited for – a new scientific theory about wealth and inequality. However, there were criticism. Anti-Piketty: Capital for the 21st Century collects those essential criticisms from twenty specialists―economists, historians and tax experts―who provide scientific and rigorous arguments against Piketty’s central theses. These researchers, who come from many countries and many backgrounds, examine the notions of inequality, growth, wealth and capital that Piketty treated in his book. They show in new ways how inequality did not explode, the rich are not rentiers but rather entrepreneurs who take risks and create millions of jobs, that wealth can not indefinitely grow faster than economic growth, and that radical taxation does not solve problems but aggravates them.