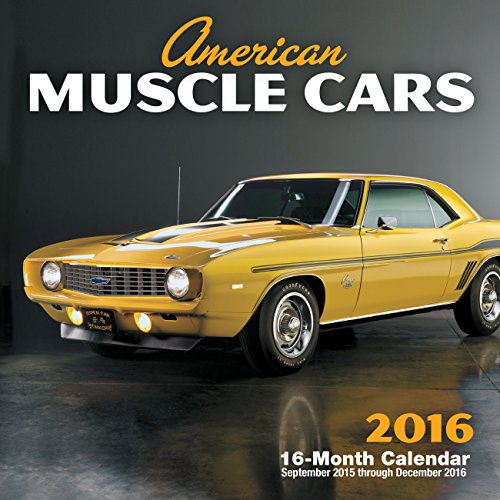 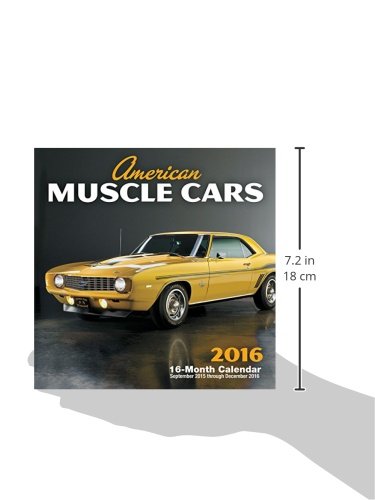 A smaller muscle-car calendar unlike any other, featuring the rarest vehicles on Earth.

American Muscle Cars 2016 Mini is the ultimate collection of Detroit muscle in a smaller size, perfect for your office or garage. Featuring studio portraits of the hottest hardware from the 1960s and 1970s, master photographer Randy Leffingwell has captured each car in vivid color. Showcasing some of the rarest of the outrageous class of vehicles that exploded onto the scene in the 1960s, this calendar includes super-high-performance offerings from GM, Ford, Dodge, and Plymouth.

In the 1960s the United States’ evolving V-8 engine technology was met by 75 million baby boomers, all with a need for speed and all entering the auto market at the same time. The result was the golden era of factory muscle cars, brutish machines that were unlike any the world had ever seen or will likely ever see again–they truly embodied the “sex, drugs, and rock-and-roll” generation. For some, even a factory muscle car wasn’t enough. Detroit automakers responded, secretly building some of the most outrageous muscle cars ever created behind their superiors’ backs and ultimately creating some of the most powerful vehicles ever sold to the public. Don’t miss the 16 months of the wildest age in American automotive history.