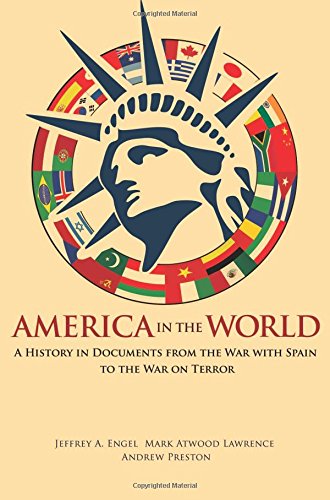 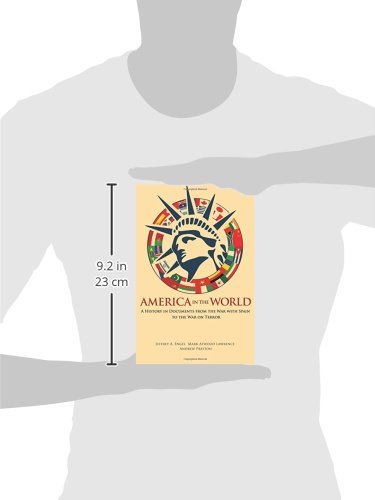 America in the World: A History in Documents from the War with Spain to the War on Terror

How should America wield its enormous power beyond its borders? Should it adhere to grand principles or act on narrow self-interest? Should it partner with other nations or avoid entangling alliances? Americans have been grappling with questions like these throughout the nation’s history, and especially since the emergence of the United States as a major world power in the late nineteenth century. America in the World illuminates this history by capturing the diverse voices and viewpoints of some of the most colorful and eloquent people who participated in these momentous debates.

Spanning the era from the Gilded Age to the Obama years, this unique reader collects more than two hundred documents―everything from presidential addresses and diplomatic cables to political cartoons and song lyrics. It encompasses various phases of American diplomatic history that are typically treated separately, such as the First World War, the Cold War, and 9/11. The book presents the perspectives of elite policymakers―presidents, secretaries of state, generals, and diplomats―alongside those of other kinds of Americans, such as newspaper columnists, clergymen, songwriters, poets, and novelists. It also features numerous documents from other countries, illustrating how foreigners viewed America’s role in the world.

Ideal for classroom use, America in the World sheds light on the complex interplay of political, economic, ideological, and cultural factors underlying the exercise of American power on the global stage.