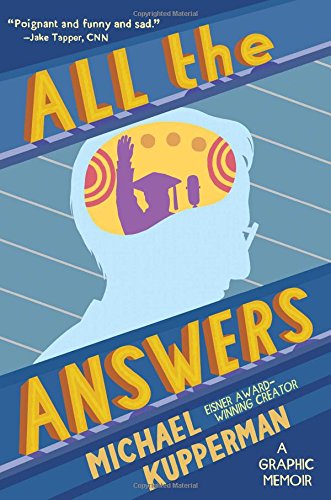 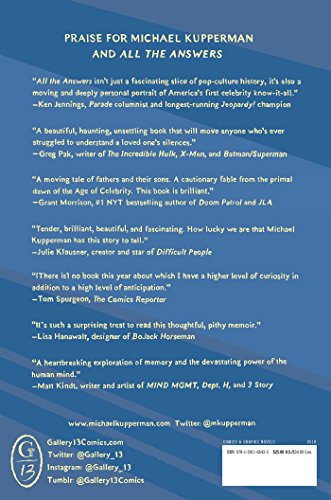 In this moving graphic memoir, Eisner Award-winning writer and artist Michael Kupperman traces the life of his reclusive father—the once-world-famous Joel Kupperman, Quiz Kid. That his father is slipping into dementia—seems to embrace it, really—means that the past he would never talk about might be erased forever.

Joel Kupperman became one of the most famous children in America during World War II as one of the young geniuses on the series Quiz Kids. With the uncanny ability to perform complex math problems in his head, Joel endeared himself to audiences across the country and became a national obsession. Following a childhood spent in the public eye, only to then fall victim to the same public’s derision, Joel deliberately spent the remainder of his life removed from the world at large.

With wit and heart, Michael Kupperman presents a fascinating account of mid-century radio and early television history, the pro-Jewish propaganda entertainment used to counteract anti-Semitism, and the early age of modern celebrity culture.

All the Answers is both a powerful father-son story and an engaging portrayal of what identity came to mean at this turning point in American history, and shows how the biggest stages in the world can overcome even the greatest of players.