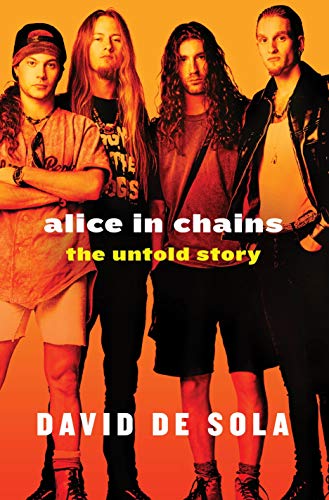 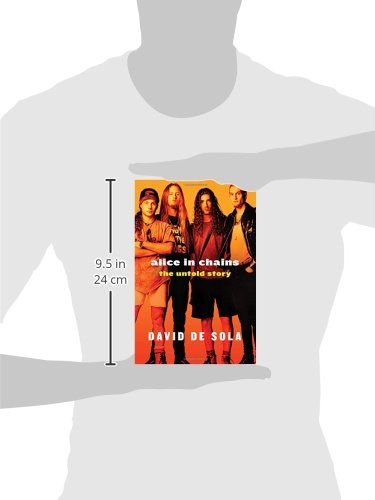 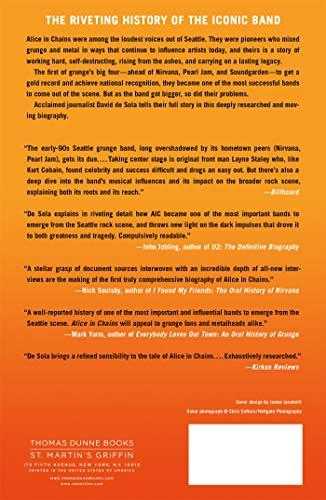 Alice in Chains: The Untold Story

Alice in Chains were among the loudest voices out of Seattle. They were iconic pioneers who mixed grunge and metal in ways that continue to influence today’s artists, and theirs is a story of hard work, self-destruction, rising from the ashes, and carrying on a lasting legacy.

Four years after their first meeting at a warehouse under Seattle’s Ballard Bridge, Alice in Chains became the first of grunge’s big four – ahead of Nirvana, Pearl Jam, and Soundgarden – to get a gold record and achieve national recognition. With the charismatic Layne Staley behind the microphone, they became one of the most influential and successful bands to come out of the Seattle music scene. But as the band got bigger, so did their problems.

Acclaimed journalist David de Sola delves beneath the secrecy, gossip, and rumor surrounding the band to tell their full story for the first time. Based on a wealth of interviews with people who have direct knowledge of the band, many speaking on the record for the very first time, de Sola explores how drugs nearly destroyed them and claimed the lives of Staley and founding bassist Mike Starr, follows Jerry Cantrell’s solo career and Mike Starr’s life after being fired from the band, and chronicles the band’s resurrection with new lead singer William DuVall.

From their anonymous struggles to topping the charts with hits like “Would?,” “Man in the Box,” and “Rooster,” Alice in Chains reveals the members of the band not as caricatures of rock stars but as brilliant, nuanced, and flawed human beings whose years of hard work led to the seemingly overnight success that changed the music scene forever.