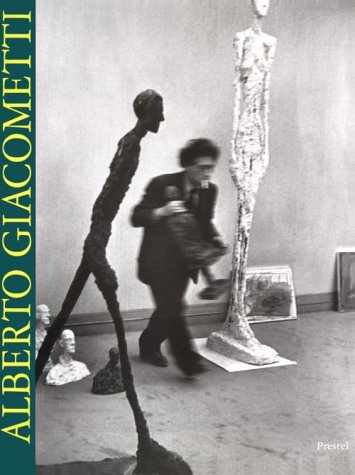 One of the great masters of 20th-century art, the Swiss sculptor Alberto Giacometti captured the existential loneliness of modern humanity with his spindly, attenuated figures whose life-like gazes pierce the vastness of space. Uniting more than 250 sculptures, paintings, drawings and graphic works, this extensive monograph is an exemplary overview of his oeuvre.
The book underscores the continuity between the two remarkable bodies of work that characterize his career: the pre-1935 works, which included the finest of all Surrealist sculptures, and the post-war masterpieces. As a result of a profound artistic crisis that began in 1934, when Giacometti returned to working from the model and thus broke with the Surrealists, the artist began tackling the problem of situating figures in space in an entirely new way. Painting played a key role in the solutions that Giacometti found to this problem, and the discussion here of the relationship between his two- and three-dimensional works reveals him to have been as great a painter as he was a sculptor.
Contributions by several notable art historians address contemporary research issues and offer a comprehensive record of Giacometti’s life and work. Among the many photographs of the artist and his circle are images by such notable photographers as Henri Cartier-Bresson, Ugo Mulas and Man Ray.