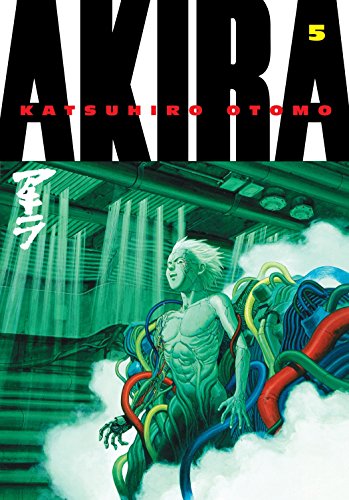 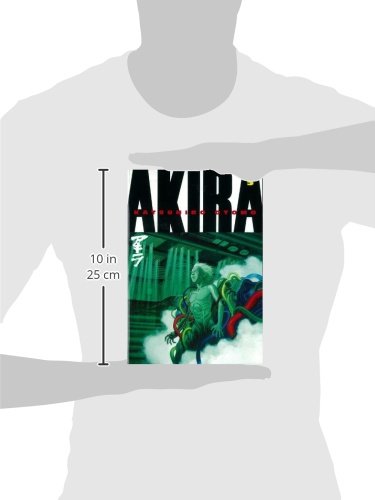 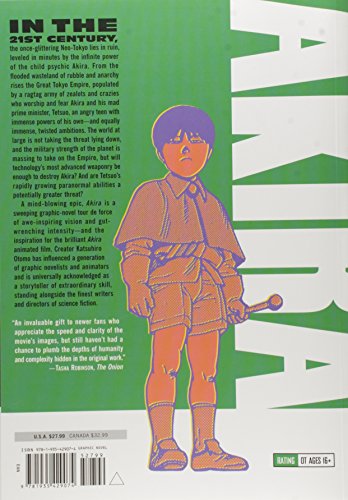 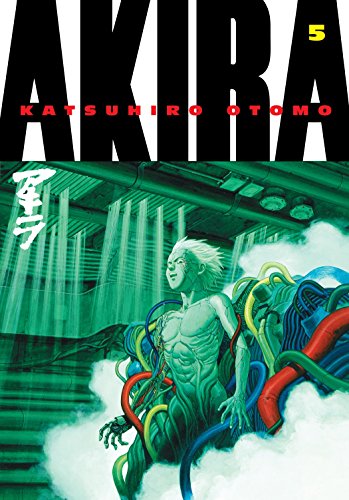 IN THE 21ST CENTURY, the once glittering Neo-Tokyo lies in ruin, leveled in minutes by the infinite power of the child psychic Akira. From the flooded wasteland of rubble and anarchy rises the Great Tokyo Empire, populated by a ragtag army of zealots and crazies who worship and fear Akria ad his mad prime minister, Tetsuo, and angry teen with immense powers of his own– and equally immense, twisted ambitions. The world at large is not taking the threat lying down, and the military strength of the planet is massing to take on the empire, but will technology’s most advanced weaponry be enough to destroy Akira? And are Tetsuo’s rapidly growing paranormal abilities a potentially greater threat?

A mind-blowing epic, Akira is a sweeping graphic-novel tour de force of awe-inspiring vision and gut-wrenching intensity– and the inspiration for the brilliant Akira animated film. Creator Katsuhiro Otomo has influenced a generation of graphic novelists and animators and is universally acknowledged as a storyteller of extraordinary skill, standing alongside the finest writers and directors of science fiction.