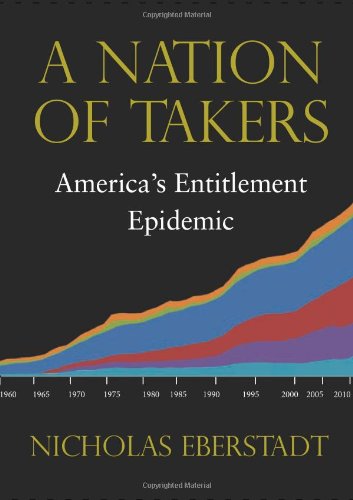 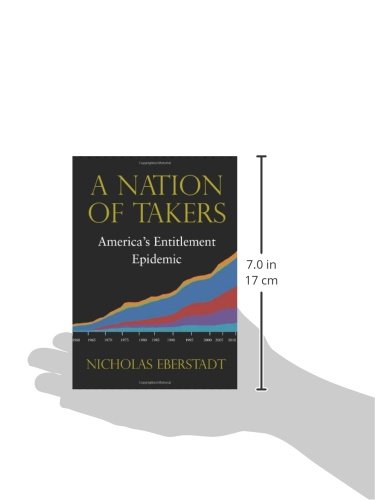 In A Nation of Takers: America’s Entitlement Epidemic, one of our country’s foremost demographers, Nicholas Eberstadt, details the exponential growth in entitlement spending over the past fifty years. As he notes, in 1960, entitlement payments accounted for well under a third of the federal government’s total outlays. Today, entitlement spending accounts for a full two-thirds of the federal budget. Drawing on an impressive array of data and employing a range of easy- to- read, four color charts, Eberstadt shows the unchecked spiral of spending on a range of entitlements, everything from medicare to disability payments.  But Eberstadt does not just chart the astonishing growth of entitlement spending, he also details the enormous economic and cultural costs of this epidemic.   He powerfully argues that while this spending certainly drains our federal coffers, it also has a very real,long-lasting, negative impact on the character of our citizens.
Also included in the book is a response from one of our leading political theorists, William Galston. In his incisive response, he questions Eberstadt’s conclusions about the corrosive effect of entitlements on character and offers his own analysis of the impact of American entitlement growth.
Read more
Learn what other customers say about this product Read more